“These military devices, leading to victory, must not be divulged beforehand.”

Strike early. Strike often. Keep striking until someone is dead.

Recruit allies who neither tire nor sleep.

Be unseeable for as long as is necessary. When you want to be seen, be unavoidable.

Evolve at different rates and in different directions. Sprout new selves. Throw off old ones.

Invent a private language. Hold conferences with yourself behind closed doors. Pull off your glasses with trembling hands and hurl choice insults at the incompetents around you.

Choose your enemies wisely. Will their agonised screams entertain you? Will their heads look good on your battlements? Will their descendents carry on the feud to the third and fourth generation? Do your research. Take your time.

Inspire your troops with prophecies. Hire a priestess. Teach her your private language. Make dozens of little priestlings.

Google “priestess gestation”, “are babies born with teeth and claws” and “how many gremlins can one woman have”. Google “how to kill priestlings fire doesn’t work”. Google “evil priestess amazon returns”.

Make love and war on alternate days and with different people.

Harness the power of music by sending a mariachi band ahead of your troops. Sow confusion and gaiety in your enemy’s ranks. 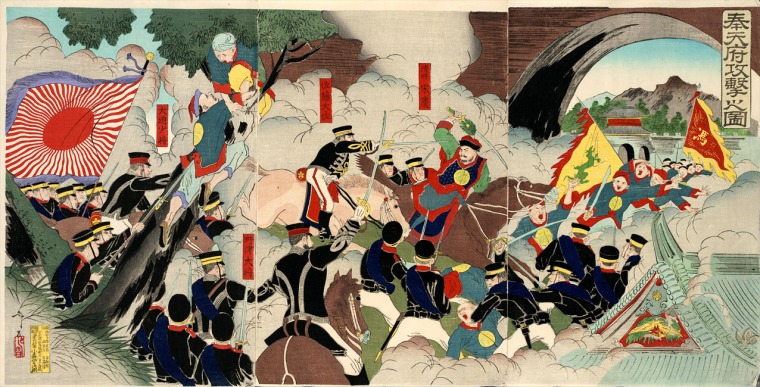 War is the continuation of breakfast by other means. Eat hearty.

Be merciless. Mercy is bad. Bad is good. Life is confusing. I knew a general who was merciful once. He lost everything: his men, his family, his pride. His testicles shrank. His haemorrhoids grew. No one would take his calls or publish his autobiography. O you who would be compassionate, consider General Kōmura, who was once handsome and tall as you.

When you are hauled before the ICC and accused of war crimes, limit yourself to two responses: “It wasn’t me” and “bumboclaat”. Perfect your Jamaican accent. Explain to gathered reporters that you do not identify as a war criminal. Who are they to question your lived experience?

You are not retreating. You are moonwalking away from the enemy.

Be sober. Be vigilant. Photojournalists are hungry buggers, roaming battlefields like hyenas. Drink lots of water. Moisturise. Be ready for your closeup.

Take selfies. Tweet from the front lines. Share the beauty of aerial bombardment and trench warfare with your Instagram followers. Bless them with “The Siege of Stalingrad” #nofilter and “Crucified airman” #hewokeuplikethis. Some generals look at social media and ask why? You should open your drafts folder and ask why not?